Judas and the Chief Priests
14 Judas Iscariot was one of the twelve disciples. He went to the chief priests 15 and asked, “How much will you give me if I help you arrest Jesus?” They paid Judas thirty silver coins, 16 and from then on he started looking for a good chance to betray Jesus. 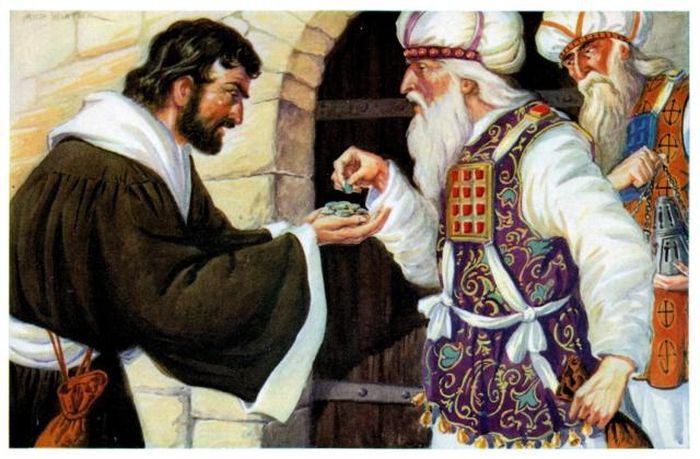 Jesus Eats the Passover Meal with His Disciples
17 On the first day of the Festival of Thin Bread, Jesus' disciples came to him and asked, “Where do you want us to prepare the Passover meal?”
18 Jesus told them to go to a certain man in the city and tell him, “Our teacher says, ‘My time has come! I want to eat the Passover meal with my disciples in your home.’ “ 19 They did as Jesus told them and prepared the meal.
20-21 When Jesus was eating with his twelve disciples that evening, he said, “One of you will surely hand me over to my enemies.”
22 The disciples were very sad, and each one said to Jesus, “Lord, you can’t mean me!”
23 He answered, “One of you men who has eaten with me from this dish will betray me. 24 The Son of Man will die, as the Scriptures say. But it’s going to be terrible for the one who betrays me! That man would be better off if he had never been born.”
25 Judas said, “Teacher, you surely don’t mean me!”
“That’s what you say!” Jesus replied. But later, Judas did betray him. 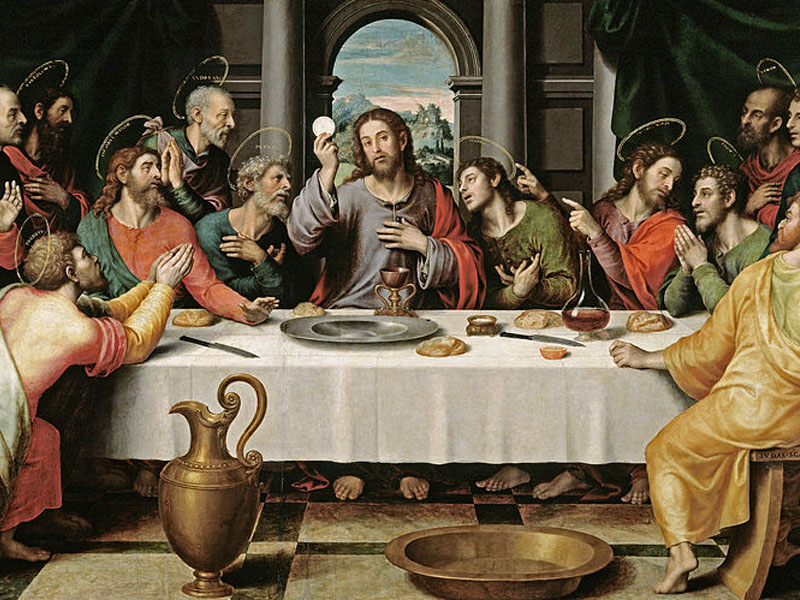 The Lord’s Supper
26 During the meal Jesus took some bread in his hands. He blessed the bread and broke it. Then he gave it to his disciples and said, “Take this and eat it. This is my body.”
27 Jesus picked up a cup of wine and gave thanks to God. He then gave it to his disciples and said, “Take this and drink it. 28 This is my blood, and with it God makes his agreement with you. It will be poured out, so that many people will have their sins forgiven. 29 From now on I am not going to drink any wine, until I drink new wine with you in my Father’s kingdom.” 30 Then they sang a hymn and went out to the Mount of Olives. 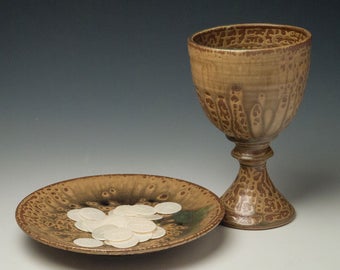 Peter’s Promise
31 Jesus said to his disciples, “During this very night, all of you will reject me, as the Scriptures say,
‘I will strike down
the shepherd,
and the sheep
will be scattered.’
32 But after I am raised to life, I will go to Galilee ahead of you.”
33 Peter spoke up, “Even if all the others reject you, I never will!”
34 Jesus replied, “I promise you that before a rooster crows tonight, you will say three times that you don’t know me.” 35 But Peter said, “Even if I have to die with you, I will never say I don’t know you.”
All the others said the same thing. 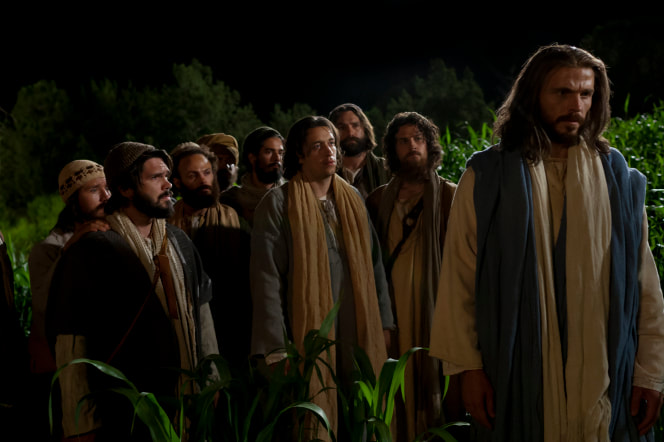 Jesus Prays
36 Jesus went with his disciples to a place called Gethsemane. When they got there, he told them, “Sit here while I go over there and pray.”
37 Jesus took along Peter and the two brothers, James and John. He was very sad and troubled, 38 and he said to them, “I am so sad that I feel as if I am dying. Stay here and keep awake with me.”
39 Jesus walked on a little way. Then he knelt with his face to the ground and prayed, “My Father, if it is possible, don’t make me suffer by having me drink from this cup. But do what you want, and not what I want.”
40 He came back and found his disciples sleeping. So he said to Peter, “Can’t any of you stay awake with me for just one hour? 41 Stay awake and pray that you won’t be tested. You want to do what is right, but you are weak.”
42 Again Jesus went to pray and said, “My Father, if there is no other way, and I must suffer, I will still do what you want.”
43 Jesus came back and found them sleeping again. They simply could not keep their eyes open. 44 He left them and prayed the same prayer once more.
45 Finally, Jesus returned to his disciples and said, “Are you still sleeping and resting? The time has come for the Son of Man to be handed over to sinners. 46 Get up! Let’s go. The one who will betray me is already here.” 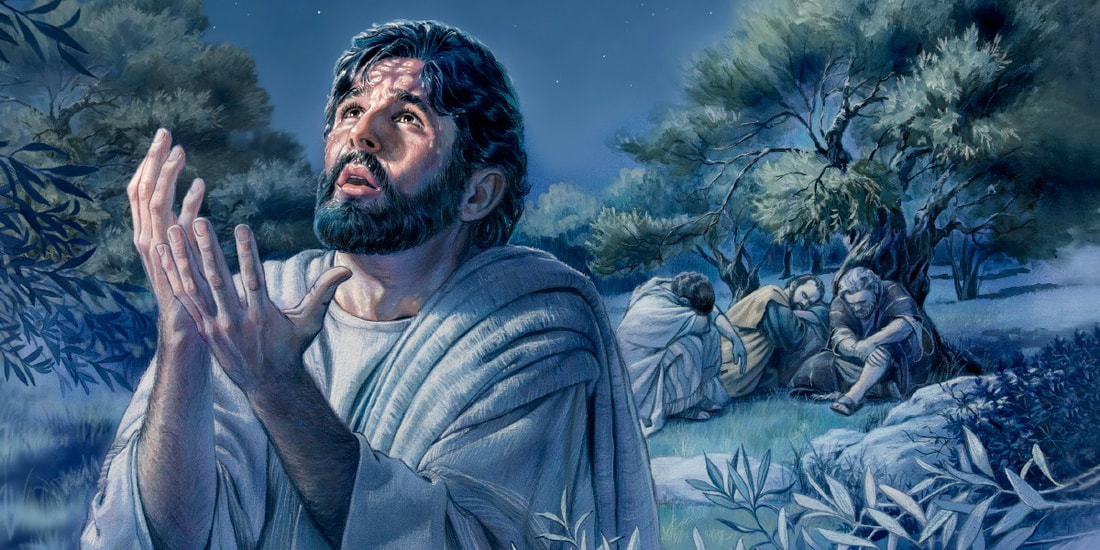 Jesus Is Arrested
47 Jesus was still speaking, when Judas the betrayer came up. He was one of the twelve disciples, and a large mob armed with swords and clubs was with him. They had been sent by the chief priests and the nation’s leaders. 48 Judas had told them ahead of time, “Arrest the man I greet with a kiss.”
49 Judas walked right up to Jesus and said, “Hello, teacher.” Then Judas kissed him.
50 Jesus replied, “My friend, why are you here?”
The men grabbed Jesus and arrested him. 51 One of Jesus' followers pulled out a sword. He struck the servant of the high priest and cut off his ear.
52 But Jesus told him, “Put your sword away. Anyone who lives by fighting will die by fighting. 53 Don’t you know that I could ask my Father, and right away he would send me more than twelve armies of angels? 54 But then, how could the words of the Scriptures come true, which say that this must happen?”
55 Jesus said to the mob, “Why do you come with swords and clubs to arrest me like a criminal? Day after day I sat and taught in the temple, and you didn’t arrest me. 56 But all this happened, so that what the prophets wrote would come true.”
All of Jesus' disciples left him and ran away. 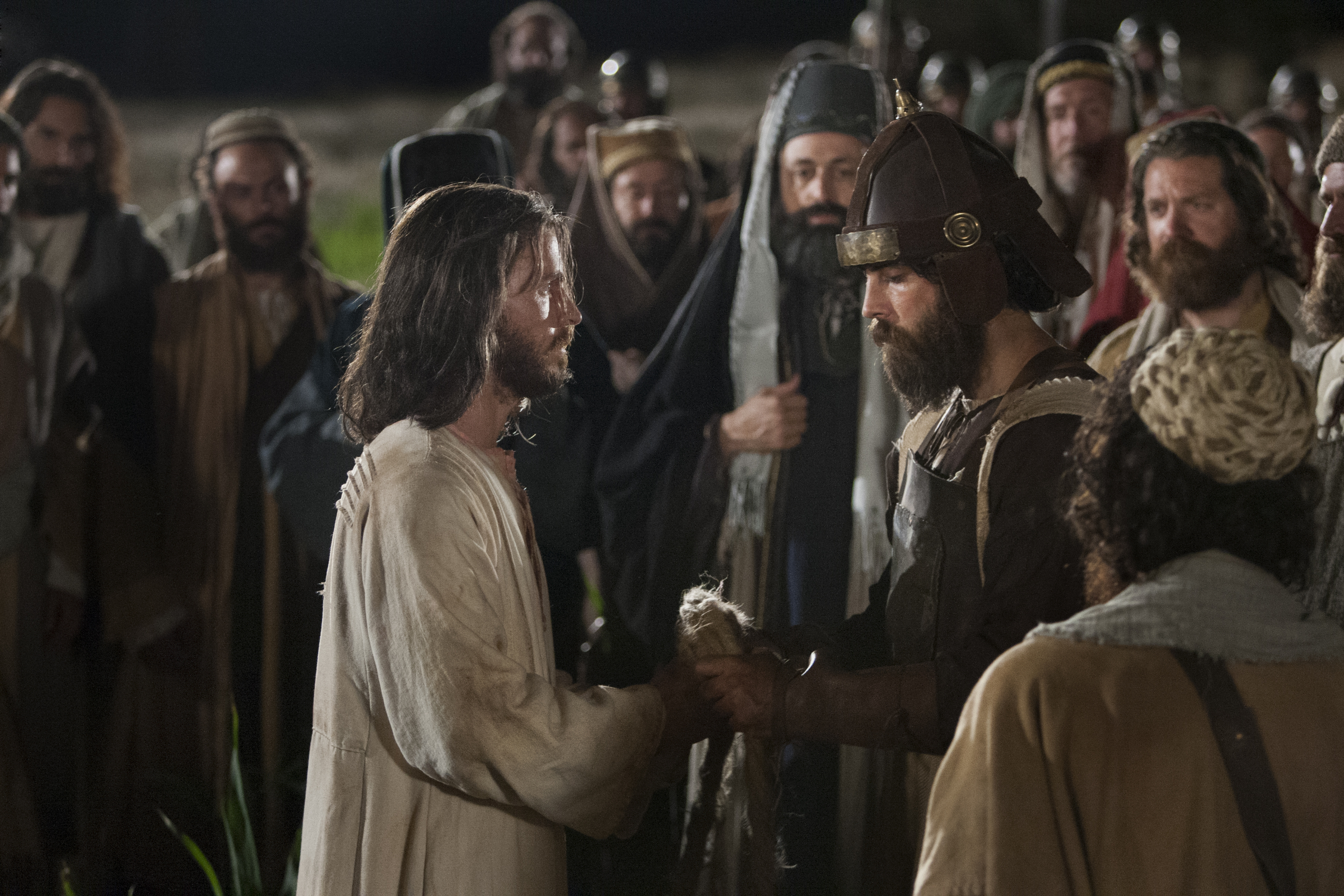 Peter Says He Doesn’t Know Jesus
69 While Peter was sitting out in the courtyard, a servant girl came up to him and said, “You were with Jesus from Galilee.”
70 But in front of everyone Peter said, “That isn’t so! I don’t know what you are talking about!”
71 When Peter had gone out to the gate, another servant girl saw him and said to some people there, “This man was with Jesus from Nazareth.”
72 Again Peter denied it, and this time he swore, “I don’t even know that man!”
73 A little while later some people standing there walked over to Peter and said, “We know that you are one of them. We can tell it because you talk like someone from Galilee.”
74 Peter began to curse and swear, “I don’t know that man!”
Right then a rooster crowed, 75 and Peter remembered that Jesus had said, “Before a rooster crows, you will say three times that you don’t know me.” Then Peter went out and cried hard. 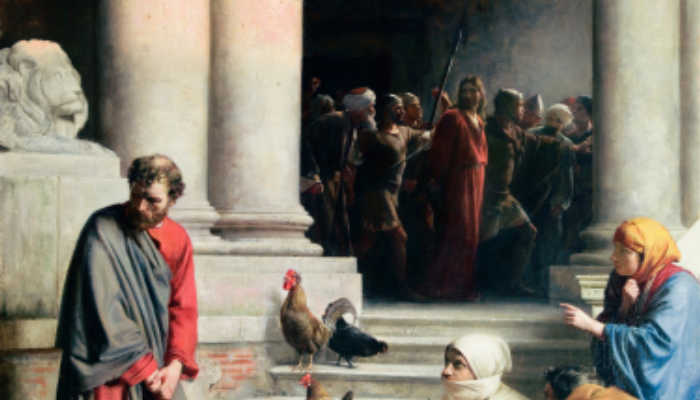 Taize Chant
Jesus, remember me when you come into Your Kingdom.

10-11pm this evening Porirua Anglican are rostered to pray during the 12 hours Movement Online Vigil.